Hey, guess what.... It's my birthday. I had no idea, but dad came downstairs this morning singing happy birthday (don't ask about his singing, just don't ask). He says I was born a year ago today.

He also said I'm a big girl now and have to start acting all mature and sensible. Ha ha! That's not the dale way of doing things, now is it?

He's promised to take me on a great walk, although it's raining and windy and miserable out. But I've got some new toys. Here's dad handing over the pressie: 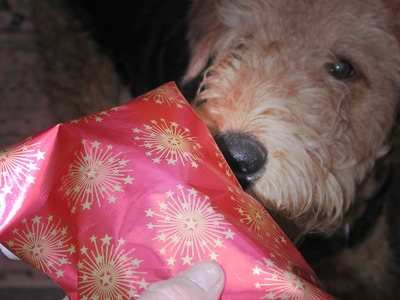 And me cracking it open: 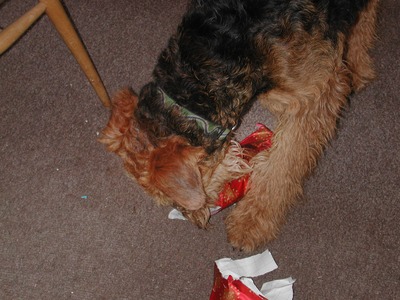 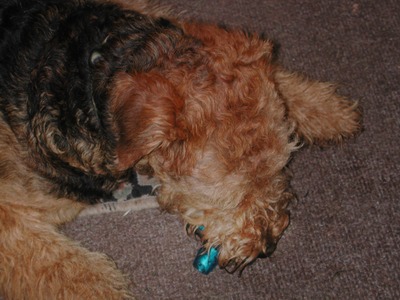 There were two presents inside one package: 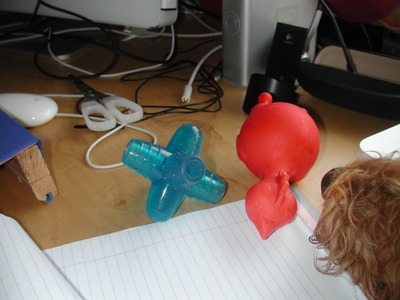 One is a blue chewy thing that bounces a lot. It's great. The other looks like a chicken but honks like a goose. It's a great sound and sure to drive the humans mad.

Now, I'll have those back, thanks dad: 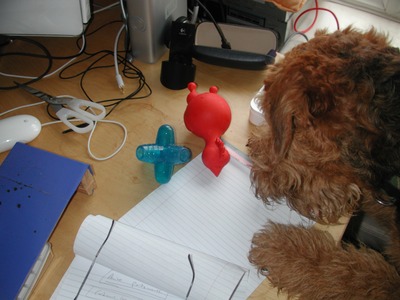 He said he thought about baking me a cake, but didn't want me to get food poisoning. You know, I don't think he has the faintest idea how to bake a cake. If only mum was here.... owwwwhhh.

He says he's got me a bag of bones instead. Yummy!

Anyway, have fun everyone. And Noah - say hello to my mum when you see her. She's out your way somewhere. You're sure to bump into her.
Posted by Mojo, Digger and family at 10:17