In comments on a previous post, Stanley asked if there's a camera still at my house, 'cos dad hasn't been posting many photos. (Mum's away on a trip).

Well, there is a camera, but the truth is that dad doesn't know one end of it from the other. He's completely clueless.

But there is another camera which he does know how to use and that's the one built into his computer. It's nothing fancy but it does come with some neat special effects. So dad and I have been experimenting. We're building up towards a major exhibition one day. So here you are Stanley - a sneak preview of the work so far.

This is one from my pop art phase: 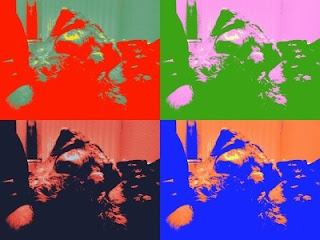 This one I call 'Swirly Kiss': 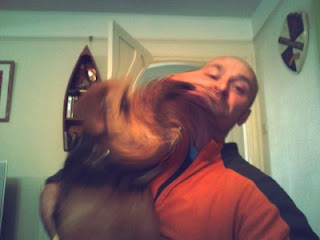 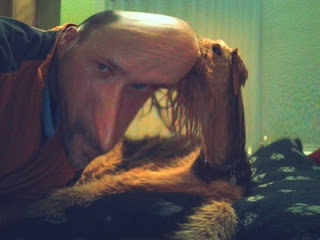 This is entitled 'What are you doing, dad?': 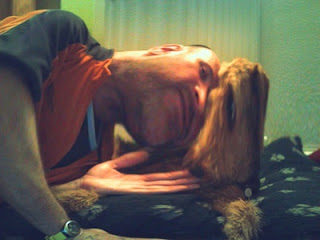 This is a series; we're still working on a title for it. Any ideas? Maybe 'Double Vision': 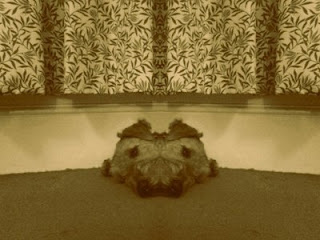 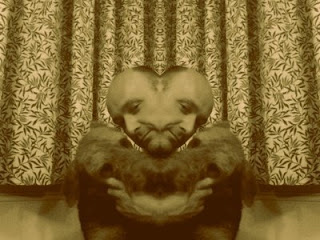 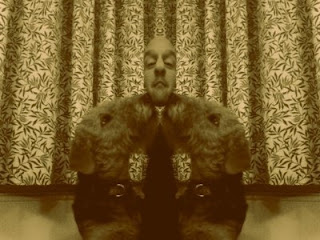 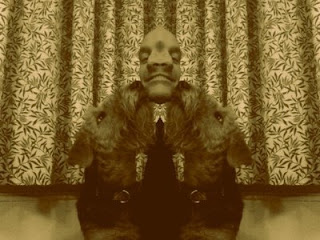 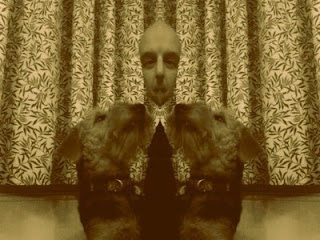 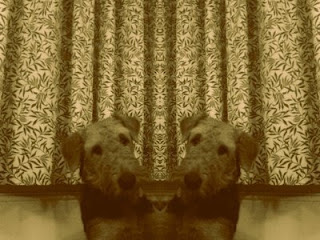 Dad says this one looks a bit scary: 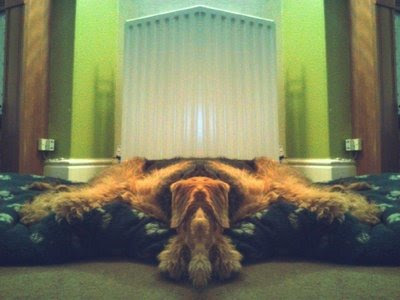 But this last one has a very strange effect on him. Whenever he looks at it he rocks back and forward in his chair howling with laughter. I think he's cracking up. It's a good job I'm here to take care of him.

Dad says he's going to use this pic to audition as the next Dr Who. He says I can be his trusty assistant: 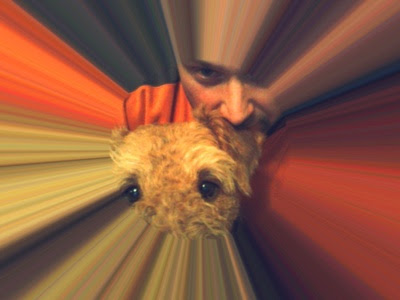