I've not had any chance to get out with the camera today so I've trawled the archives for a suitable Olympic tribute. This is from a few years back, and I was laughing too hard to focus, but it's perfect for a nod to the Olympic shooting. 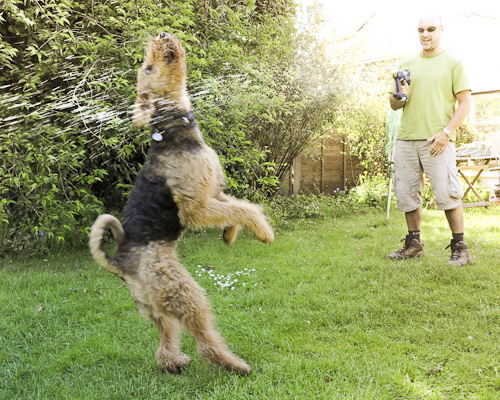 I'm not sure who is more ridiculous, Mojo or the Man (aka The Dog Butler, 'cos he opens all the doors and does all the driving).

We had to hide the water pistol because she used to bark incessantly until we picked it up, and her excited bark is ear-splittingly shrill. It makes me feel like my brain will leak out my ears if exposed to it for too long.

And I had to include this as a bonus pic - this is the face Digger pulled as we tried to set up the shuttlecock shot. Those reproachful eyes! That sad face! My handsome boy. 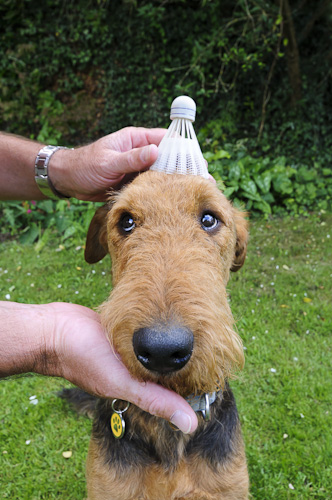 Yesterday, when I said there was no chance of doing a tribute to the canoe slalom, I forgot about this: 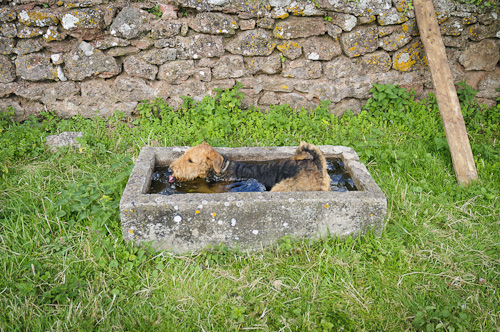 Granted, it's a sheep trough in a sea of grass, but there is water involved. And Mojo being a goofball. I hope it counts.

Right, got to dash, the GB men's gymnastic team are about to win a medal and it's way too exciting.
Posted by Mojo, Digger and family at 19:00 2 comments:

Well, it's day 2 of the Olympics and we've been scratching our collective heads on which sport to feature. The cycling would be tricky without opposable thumbs, even though the capacity for complete chaos is greatly appealing to an Airedale. Digger refuses to get his feet wet so canoe slalom is out. Beach volleyball seemed a possibility until we mentioned bikini at which point he gave us a tragi-comic look and went off to chew his feet.

In the end we went the easy route and had a game of volleyball. 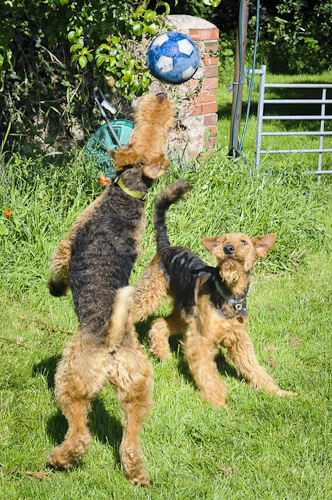 Mojo makes up for her arthritic hips with her superior nose/eye coordination. I'm not entirely sure we could pass them off for a team, though. Once that ball got to ground level it was all bears for themselves. I bet real volleyball players don't puncture all their balls and expect someone to pump them up after every point.
Posted by Mojo, Digger and family at 18:41 2 comments: 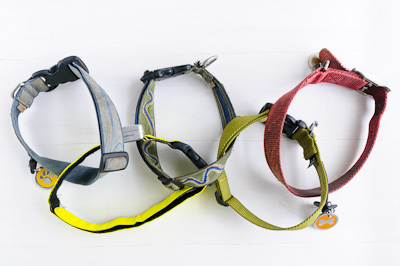 Woo hoo! The Olympics are finally here! Did you see that opening ceremony? The lighting of the cauldron with the Olympic flame made our hair stand on end, and there's a few in this house who have quite a lot of hair.

Back in May the torch route passed through Devon, but sadly we were unable to get to it. Although there was a niggling thought that two Airedales, running people, fire and national tv crews were a recipe for disaster. We'd just like to state that the 'rogue dog' than ran through the middle of the cycle race today was nothing to do with us.

Anyway, we're still getting into the Olympic spirit. Yesterday just after 8am there was a mass bell ringing, and how could we refuse? Three minutes of Digger losing his mind with excitement. I was laughing too hard to photograph him so I had to re-enact it this afternoon. Yep, he still loved it. I also discovered that he barks at the same rate as my camera shutter fires on continuous release as I ended up with 30 shots which had his mouth shut. Spooky, as I swear his mouth was open and yelling the entire time. 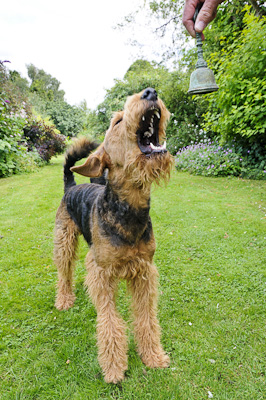 Anyway, he shouldn't think it's all fun and games. Just like the athletes, there is a lot of tension in getting a performance right. Trying to get a shuttlecock to balance on his head is a serious business. There's the added stress of knowing the wide angle lens is going to make his nose look even bigger, too. 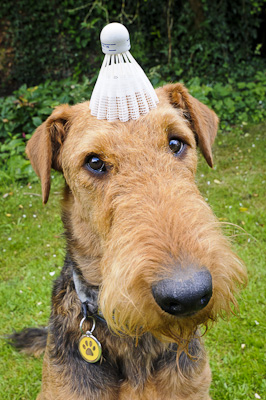 We've been really bad at getting round to blogging recently, so we've decided to challenge ourselves to posting daily through the Olympics. The idea is to create an Airedale tribute to a different sport every day. We started with Badminton, which kicked off today. Lightning fast reaction times and chasing after little flying things gets the seal of Airedale approval.