Now if there's one thing the humans in this house disagree on, it's how much football is enough football. So although one of us was hoping to avoid a football tribute, it's inevitable considering there are two bears who never tire of playing it.

There are serious tackles: 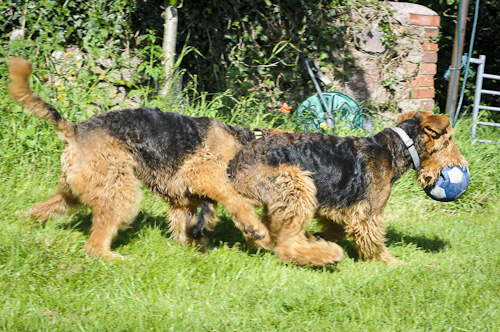 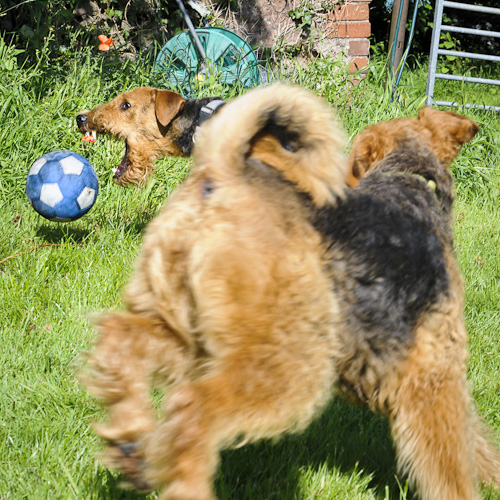 and some serious attempts to run over the photographer: 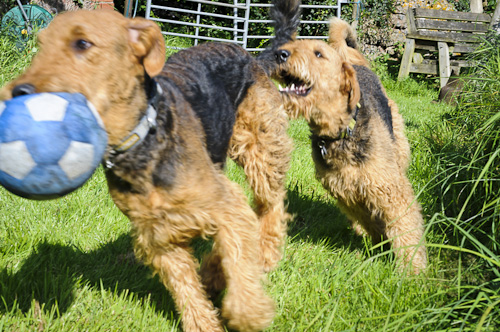 We confess that our Olympic tribute is a little lacking in verve today, because canine chaos has arrived in our house. See the big fella below? 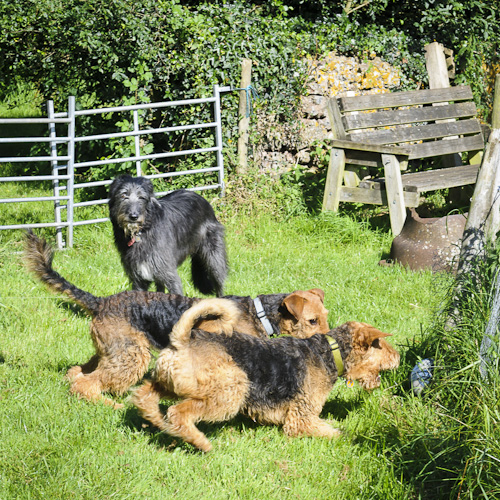 That's Sol, who we have for a couple of weeks every year while his people go on holiday. Well, a day before they were off this time he was hit with a horrible gastric thing that had him vomiting and pooing blood. So for the last week we've been doling out an endless array of tablets that all happen at different points throughout the day, and having to cajole him to eat. We even had to syringe water into his chops as he just wasn't drinking. Well, he's feeling much better now, thank goodness. Meanwhile, his sissy was staying with another family, but she's come into season and they have an entire male... so now we have her too. Daisy is hormonal and can't be let off the lead, Sol is feeling well enough to try to mount her continually (even though he's been 'done') and Digger is having serious issues with mummy's divided attention. Mojo is just being perfect, thank goodness. We're going to need that bottle of Ouzo when our friends get back from Greece!

Walkies looks like Ben Hur's chariot race but with the perfect country collection: two Airedales, a huge lurcher and a spaniel/lab cross. Or as we call them: two bears, a wolf and a beaver.