So four badminton teams have been disqualified for not trying hard enough. Harrumph! You would never say that about an Airedale. Although Mojo can be selectively deaf on recall unless she sees proof of biscuit rewards.

Anyway, our tribute today has to be swimming, what with Michael Phelps being both awesome in winning and gracious in defeat, and Chad le Clos's father being spectacularly emotional and thrilled.

We're lucky to live next to a canal that has been turned into a country park (for wildlife and people). For the first two years of Mojo's life she would paddle daily but only up to her armpits. In winter she'd lick the ice to try and break through to the wet stuff. Then one day we went up into Dartmoor, got into our swimmies and took her in the deep bit of  the river. The penny dropped, and now we can't keep her out. 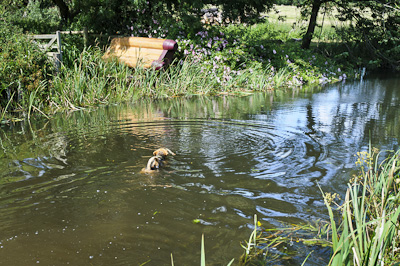 We keep a stash of sticks in a tree, and believe me she knows which tree it is. So in she goes.
She always has to turn to the left, probably to do with her left hip being weaker. I'm always amazed she doesn't inhale a gallon of water when carrying sticks back. 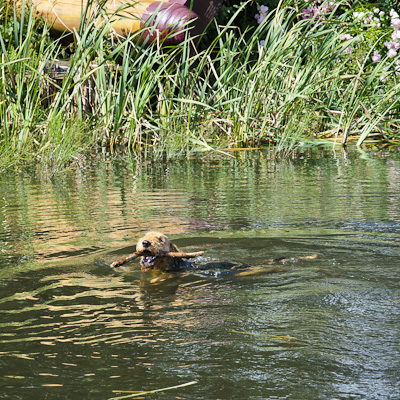 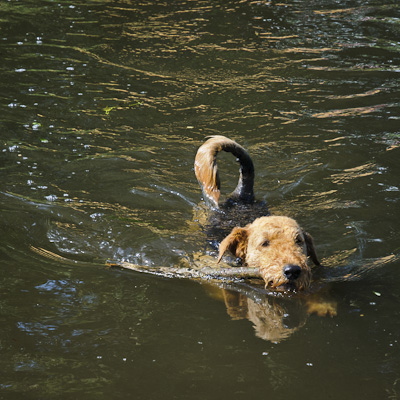 In fact, this next pic makes me wonder if those old sightings of the Loch Ness monster were simply swimming Airedales - the serpent shapes following the high-held head... 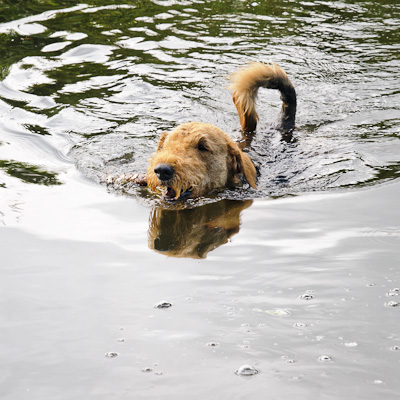 Such a happy bear. Luckily she hasn't chased after any ducks yet, but give it time. 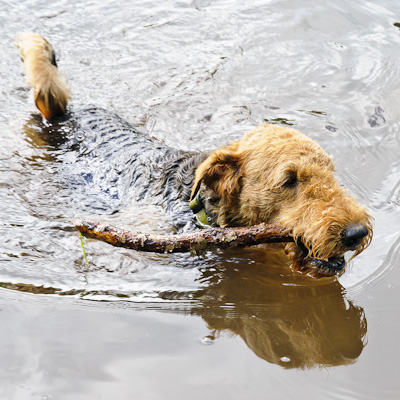 Meanwhile, Digger is  absolutely , never ever going to get his belly wet, no-sirree-bob, not on your nelly. Heh heh. What a wimp.
Posted by Mojo, Digger and family at 18:52

Labels: down the towpath, mojo, Olympics