This blog used to just for Mojo. But then so did the dog food. 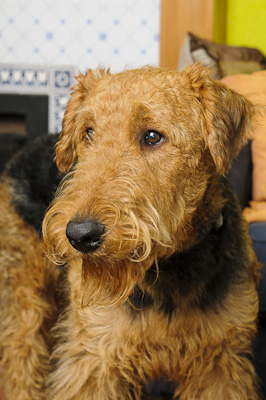 Handsome, yes? He's going to be a year old in two weeks. He's already 30kg and in the full throes of adolescence. Poor boy fell desperately in love with Mojo this week - triggered by them both having a bath and coming up fragrant with cinnamon dog shampoo. Nothing rude going on, just heartbreaking, obsessional luuuuurve. But I get ahead of myself.

Here's how it started. Mojo is really into other dogs, and we're really into her (she's awesome, like all Dales). We kept talking about another puppy but never doing anything about it, until we saw an ad within reasonable distance. We went to have a look. Just a look. Let's gloss over the fact we stopped at the bank to get the entire amount required. And took the cat basket just in case.

Anyway, he's one of 10 pups brought up in a lovely home. We could have stayed there all day. 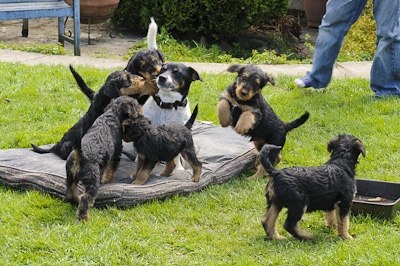 We chose the calmest, cuddliest boy. He was earmarked for someone else, but they weren't even going to come and see him. They lived in one of the poshest parts of central London and were going to sent the chauffeur down to collect him. Imagine! Wonder how long he would have lasted till he was returned to the breeder. 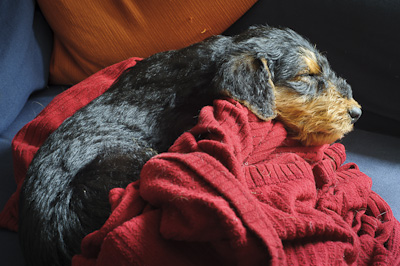 So back we came with a little brother for Mojo, just in time for her birthday. 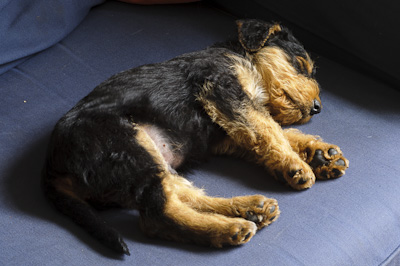 She turned out to be the most exceptional mother-substitute (once she got over the shock). It's like she grew up overnight. And gained a few white hairs in the process. Here's Day 2 with Digger literally running rings around her. 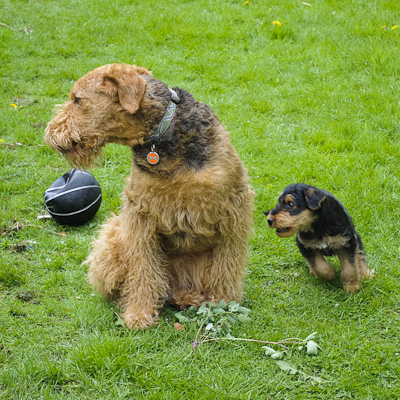 What's really strange is that I have a picture of Mojo with Digger's dad. Here's Mojo at 5 months checking out Gunner's posterior. 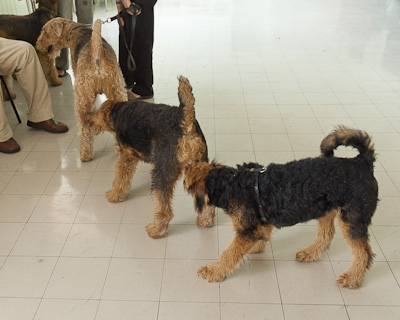