In the years Before Airedales we used to love going camping, but since Mojo arrived we've only been twice. At first she was too young for the walking, then I had a broken ankle, then she had a crisis of hip dysplasia, then Digger arrived and was too young. Oh, and the weather. Did I mention the weather? This summer has been the wettest on record, and when the sun shines we seem to be nursing sick dogs. Bah. So this weekend was our last chance and we headed out to our favourite camping spot at Stoke Barton Farm on Hartland Point, north Devon.

While we set up the tent Digger sniffed the sea air and Mojo had her happy grin on. 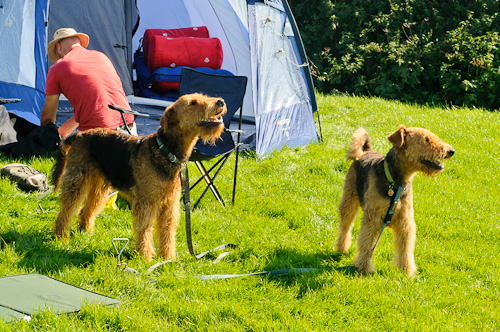 It's a fabulous campsite, huge and uncrowded, high above the sea. See those spikes on the left in the next pic? That's the highest church tower in Devon but it's hiding behind the hill. Every trip back from the facilities meant a race down the hill. 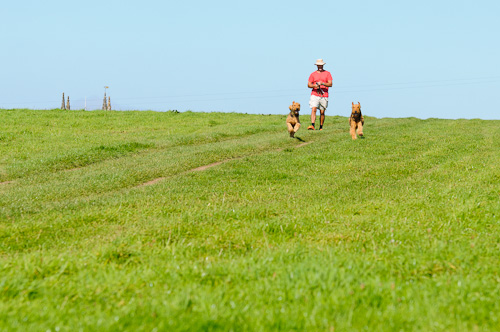 Digger is fast. He gets down long and low, and thunders past Mojo. 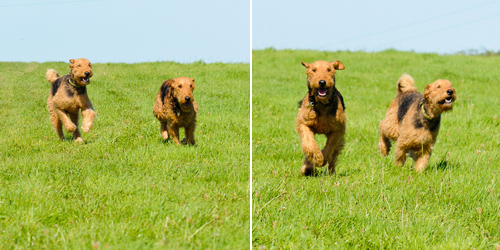 The bottom of the camping field has a gate to this path: 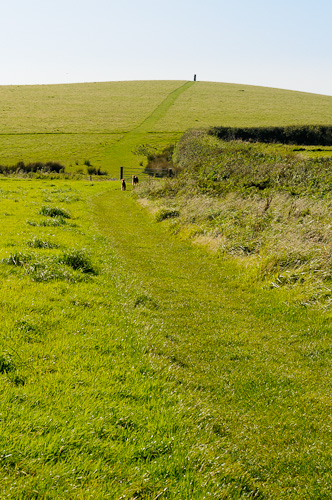 And this is what is on the other side of the hill. Can you imagine a better place to camp?

We headed  to the beach that you can see just peeking out from behind St Catherines Mount. As with any walk along this coast there's a lot of steep up and down, and dogs have to be firmly on a lead because of the cliff edges. But we were in luck as the tide was out. 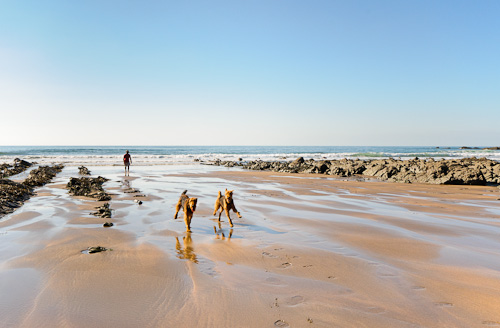 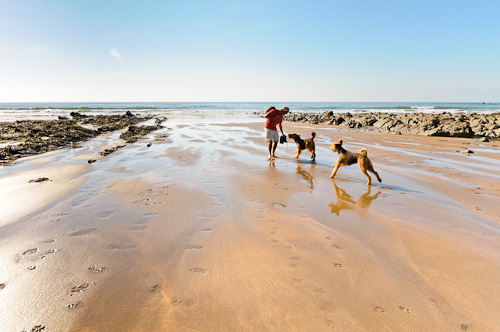 As usual, Mojo swam but Digger was a wimp and ran away from the tiny waves. Mojo didn't want to leave, but we had a thirst and the pub was a few hills along. 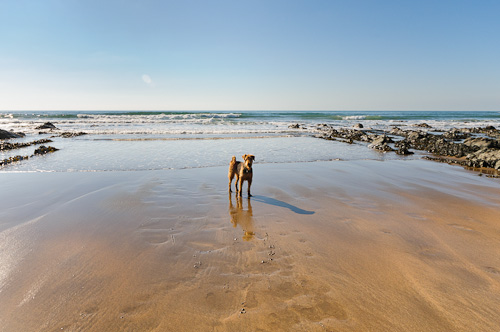 We had a well-earned pint at the Wreckers Retreat at Hartland Quay, beneath the spectacular cliffs. Sadly no dogs allowed on this beach, but plenty of people willing to feed their fish 'n chips to two Airedales who give such sad hungry eyes. 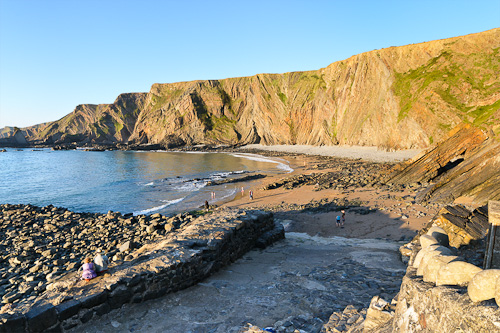 And afterwards a steep haul back up the cliff to get back to the tent. 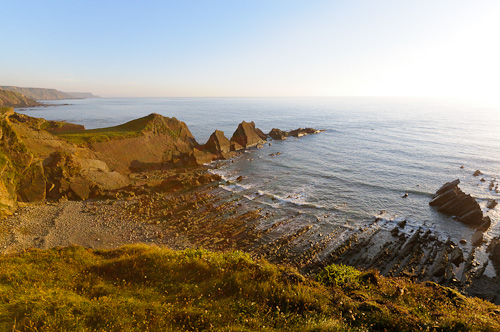 So did the Dales behave in the tent? Was it an Apocalypse of Airedales? I'll let you know next installment. :)
Posted by Mojo, Digger and family at 17:41